You are here: Home » Safety

RD FRESH is a perfect product for our times; a 100% natural “GREEN” mineral mix!
RD FRESH is a proud member of the “GREEN” HOTELS ASSOCIATION!

To further emphasize just how beneficial and safe our product is, note the report excerpted below:

During the Chernobyl disaster thirty to forty times the radioactivity of the atomic bombs dropped on Hiroshima and Nagasaki were released. About 500,000 tons of zeolite containing clinoptilolite were used at Chernobyl with the folowing results:

Zeolites were formed from ancient volcanic ash flows settling in seas and lakes. This unique group of naturally-occurring minerals is often referred to as "molecular sieves". Zeolite is the world’s only mineral with a naturally-occurring negative charge. Zeolites simply lock & hold many positive ions, absorbing a multitude of environmental contaminants such as sodium, potassium; barium and calcium, and positively charged groups such as water and ammonia.

Zeolite and the Environment
Nearly every application of zeolite has been driven by environmental concerns, or plays a significant role in reducing toxic waste and energy consumption. It is the highly porous and consistent matrix of zeolite that provides the absorption qualities.

Why do we use multiple zeolites and multiple minerals? Because each absorbs different gases and absorbs them at different rates.
Excerpted from… Sabeha Kesraoui Ouki, Department of Civil Engineering, University of Surrey, Surrey U.K.
“… natural zeolites have been evaluated with respect to their selectivity and removal performance for the treatment of effluents… (and) exhibited different selectivity profiles…

MSDS Articles - click on links to read in detail

We strive to deliver a level of service that exceeds the expectations of our customers.

If you have any questions about our product, please do not hesitate to contact us. We have friendly, knowledgeable representatives available seven days a week to assist you. 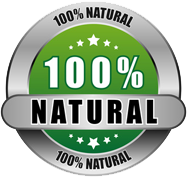 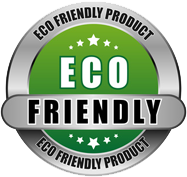